Charles McDew: “Why The Others Died” 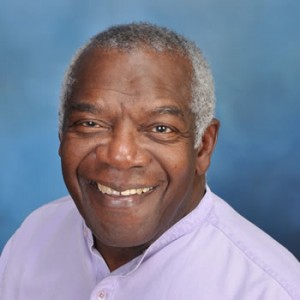 The only thing that will make our lives or our deaths meaningful is that we tell the story of why we did what we did and why the others died.

Charles McDew (June 23, 1938 – April 4, 2018) describes the terror of imprisonment and threats to the lives of Civil Rights Movement activists and others during the freedom struggle in a Moth Radio Hour story, “Why The Others Died” (9/30/2014).

In the conclusion to his chilling and tragic story, he notes, “It gave me to understand that it is not a struggle of black people or white people dominating black people; it is a struggle of people without power being exploited, run over, and destroyed.”

Charles McDew led his first demonstration in the eighth grade, to protest violations of the religious freedom of Amish students in his hometown of Massillon, Ohio.

McDew’s career as an activist expanded in scope while he was a freshman at South Carolina State College in Orangeburg, South Carolina. Inevitably involved in the newborn sit-in movement, he was elected as student leader by his fellow demonstrators.

McDew attended the founding conference of the Student Nonviolent Coordinating Committee (SNCC) at Shaw in April 1960 while a student at South Carolina State and a member of the Orangeburg Movement for Civil Improvement. He served as the second chairperson of SNCC, from 1961-1963.

McDew was active in organizations for social and political change, working as a teacher and as a labor organizer, managing anti-poverty programs in Washington, D.C., serving as community organizer and catalyst for change in Boston and San Francisco, as well as other communities.

He appeared on countless radio and television programs as a speaker against racism. McDew taught classes at the Metropolitan State University, Minneapolis, MN, on the history of the civil rights movement, African-American history, and in social and cultural awareness. [Bio from SNCC 50th Anniversary website.]