D.C. Residents Have a Critical Window to Give Input on Public School Accountability Measures

As advocates for equity in education, and as a member of the Coalition for DC Public Schools and Communities (C4DC), Teaching for Change is pleased to share this important information for D.C. residents and to support the fight against high-stakes standardized testing. See the end of this page for more information and a bilingual, reader-friendly flyer.

The State Board of Education (SBOE), after receiving input from parent organizations, Ward Education groups, experts, teachers, parents, school leaders and numerous direct conversations with residents, has provided the Office of the State Superintendent for Education (OSSE) with ten recommendations for changes to the Every Student Succeeds Act (ESSA) draft accountability plan. The recommendations, if adopted, would be a substantial improvement over the original plan proposed by OSSE. They reflect the consensus of the SBOE that the weight of test scores should be reduced and additional non-testing measures that encourage a well-rounded education be added, as well as other recommendations.

The public has one more chance to weigh in on the ESSA proposal at the next SBOE meeting on March 15. Please register here to testify at this month’s SBOE Public meeting about the accountability plan. Each resident will have three minutes to provide their input and recommendations.

The SBOE will vote on OSSE’s final proposal at the end of March.

by Caryn Ernst and Suzanne Wells 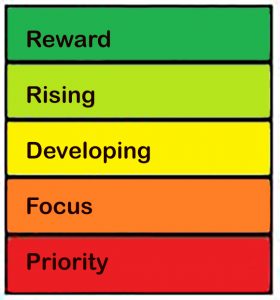 The Every Student Succeeds Act of 2016 (ESSA) gives states the opportunity to reduce the extreme weight on test scores to rank schools, which was the cornerstone of the No Child Left Behind Act of 2001. ESSA allows D.C. to select more meaningful measures of school success, but the current proposal from D.C.’s Office of the State Superintendent of Education (OSSE) sets standardized test scores at 80% of a school’s overall rating, with the remaining 20% primarily on attendance and re-enrollment rates. There is 0% given to comprehensive school climate measures that are known to help schools improve and no credit for growth in high schools in this proposal.

Parents and teachers are urging OSSE and the State Board of Education (SBOE) to reduce the weight of test scores to the lowest percent legally allowed—around 55%. Using standardized test scores as the dominant measurement for school quality has had a negative impact on learning environments, has grossly failed to close the achievement gap, and has contributed to growing educational disparities system-wide.

ESSA regulations allow OSSE to submit an accountability plan by either April 3 or September 18, 2017, yet OSSE is trying to submit the plan by April 3. The rushed schedule undermines the ability of education stakeholders to collaborate on developing robust school accountability measures that can help schools improve, and would severely restrict the new school Chancellor’s capacity to close the achievement gap.

Make your voice heard NOW, before the Board votes on March 3rd: 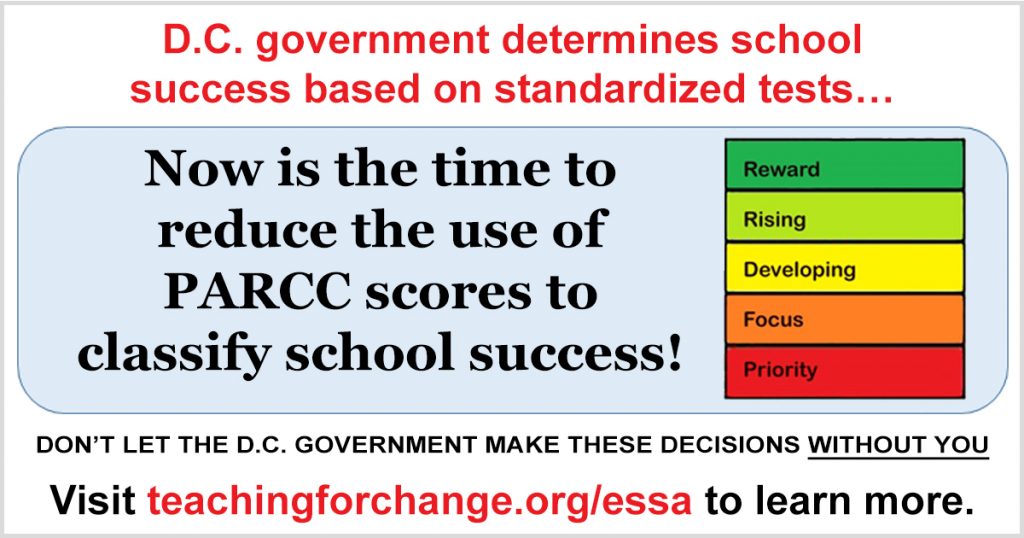 ← Black History Month
DeVos is in… What next? →