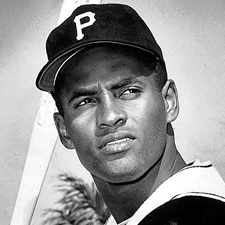 One strategy teachers can use to introduce Roberto Clemente to students is to complete a K-W-L chart. As a group, students write out and/or discuss what they know (K), what questions they want answered (W), and what they have learned from reading the text (L).

In eighteen seasons with Major League Baseball, Roberto Clemente garnered two World Series titles, four batting titles, twelve Gold Glove awards, and 3,000 hits. He was the first Latino player elected to the National Baseball Hall of Fame and the only player besides Lou Gehrig for whom the mandatory waiting period was waived. Yet, Major League Baseball’s first Latino superstar was defined just as much, if not more so, by his life away from baseball.

Proud of his Puerto Rican heritage and a stalwart advocate for economic and social justice, he spoke openly against racism, Jim Crow, and oppression. His personal heroes were Martin Luther King, Jr. and Puerto Rican leader Luis Muñoz Marín, and Clemente became a hero to African Americans and Latinos in the United States (especially Puerto Rico) and abroad.
“It is ironic that the profession in which he achieved ‘legendry’ [status] knew him the least,” reads a line from an obituary written by the Black Panthers. “Roberto Clemente was simply a man, a man who strove to achieve his dream of peace and justice for oppressed people throughout the world.”