“The whole world opened to me
when I learned to read.”
Mary McLeod Bethune

Thanks to historian Dr. Ida E. Jones, the words and wisdom of Mary McLeod Bethune opened up to a full house at Busboys and Poets for the mid-August discussion of her new book, Mary McLeod Bethune in Washington, D.C.: Activism and Education in Logan Circle.

Jones, president of the Association of Black Women Historians, described how educator Mary McLeod Bethune organized thousands of women with the National Council of Negro Women when she moved to Washington, D.C. in 1936.

What became clear through Jones’ stories was not only how much Bethune accomplished, but also her skills in advocacy and organizing that led to her results.

For younger readers, there is a book 2010 picture book by Eloise Greenfield. 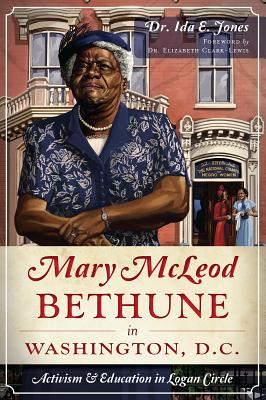 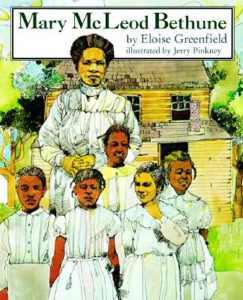 Author event attendees included people who had met Bethune, a tour guide from the Mary McLeod Bethune Council House (a National Historic Site), and representatives of the Historical Society of Washington, D.C.

The event was coordinated by by Teaching for Change and co-sponsored by the Association of Black Women Historians, the Historical Society of Washington, D.C., and Busboys and Poets.

← Remembering the Everyday Heroes of the Civil Rights Movement
Rethinking Malcolm X: Enid Lee and A. Peter Bailey in Conversation →