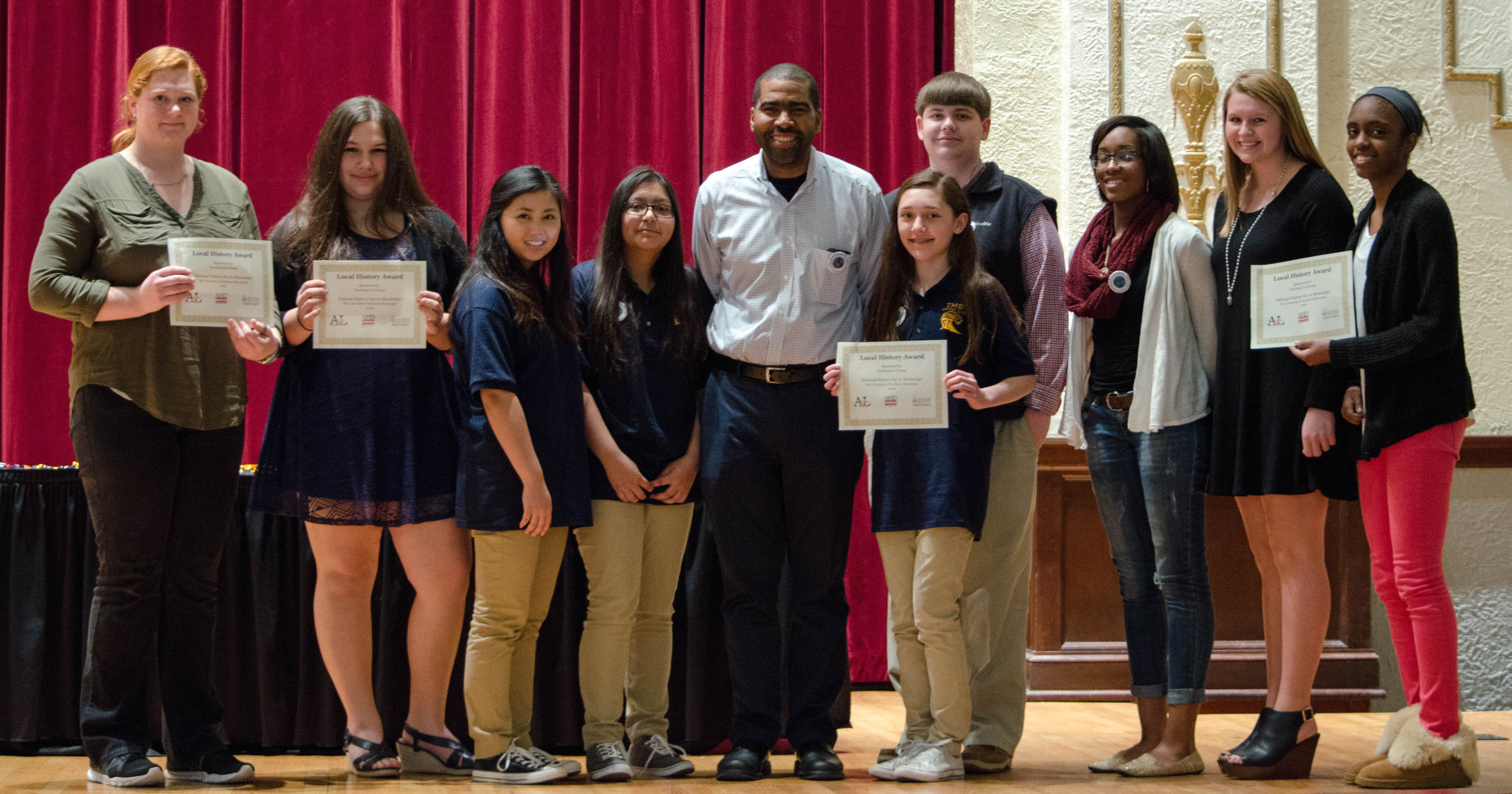 The goal of the award is to deepen student appreciation of and exploration of the untold stories and role of “everyday people” in local Mississippi history, using the National History Day competition as an incentive and a focus for student projects. (See 2013, 2014, and 2015 awardees.)

Thanks to a grant from the W.K. Kellogg Foundation to Teaching for Change, four Local History Awards were given for $100 for each student or student team.

Students in Kosciusko conducted interviews with participants in the 1960s freedom movement to learn about the organizing–and the resistance–in their county. One of the people they interviewed was MacArthur Cotton who shared the history of racism in Attala County prior to 1960. Cotton’s grandfather was murdered for teaching young African Americans to read. His father was taken off the voter registration rolls. Cotton went on to become a SNCC organizer and then to work with the Algebra Project.

The trials and tribulations encountered by the innovative artists from the Mississippi Delta led to the exploration of a new musical genre that ultimately received worldwide attention in exchange for the musicians’ perseverance.

Heber Ladner, who in 32 years as Mississippi’s Secretary of State was a central figure in suits by Blacks to revise election and school laws. As the elected Secretary of State from 1948 until 1980, he was a defendant in suits brought by Blacks in the 1960s to achieve school desegregation and proportional representation on county election commissions. In 1968, he administered the oath to Robert G. Clark (pictured below), the first African American in the 20th century to be elected as a state representative to the Mississippi House.

During the early 20th century, Croatian immigrants supplied much of the workforce for the Mississippi coast’s seafood industry which was the region’s economic engine.

← #StepUpScholastic for ALL Children Flier
Natalie Hopkinson’s Wisdom About Writing →