New Staff for Teach the Beat Bring Go-Go into Classrooms

Teaching for Change is pleased to announce the expansion of our Teach the Beat program with the additions of Jonas Strickland and Matthew Miller serving as our program specialists. Both Strickland and Miller are native Washingtonians with a deep love of go-go music and its impact and influence on the culture of the D.C. metro region. Strickland is a D.C. public school librarian and Miller serves as a community advocate and is also a go-go musician. They will support our initiative called “Teach the Beat: Go-Go Goes to School, Artists and Scholars in the Classroom” in partnership with DC Public Schools. Designed to infuse D.C.’s rich and unique tradition of go-go in the curriculum, go-go performers and scholars provide in-school coaching to D.C. public and public charter school teachers and students in music, social studies, and language arts classrooms.

Read more about them below and join us in welcoming them to the Teaching for Change family. 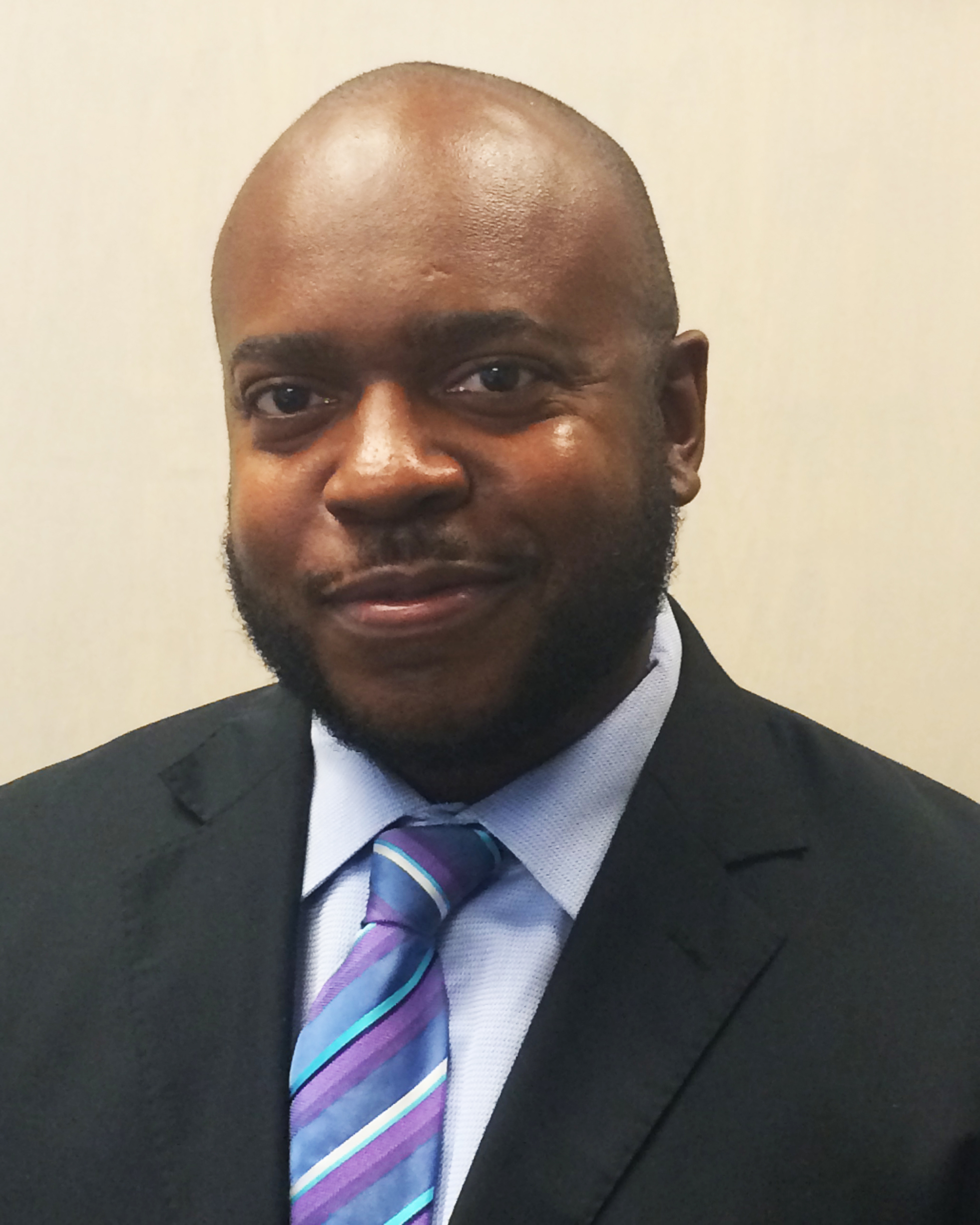 Jonas N. Strickland is a native Washingtonian who grew up listening to go-go music with friends in his neighborhood and at school. When he left D.C. to attend college and various internships, he recognized the imprint that go-go left on him and how the music not only positively impacts the lives of D.C. residents, but the surrounding region.

Strickland is a certified school library media specialist with over 15 years’ experience in education. He has a passion for building literacy skills for children, young adults, and families. He earned his Bachelor’s degree in Chemistry from Lincoln University, a Master of Divinity from Howard University, and a Master of Library and Information Science from Kent State University. He is the founder of Cuttin’ 4 A Cause: Reshaping Hearts with A Shape-Up, an initiative that provides free haircuts to young men and is the founder of Devotion, a sports blog that provides strategies for winning in life.

Strickland’s most memorable go-go experience was seeing the Junkyard Band play on a Friday night one summer at the Lucky Strikes bowling alley in downtown D.C. Junkyard did not have their drummer, and one of their frontline singers had to play the drums. The venue was not full, as most of their fans were at another venue in Maryland where they would be performing again later that evening. Regardless of how many were present, and knowing full well they had another show later that night, Junkyard played as if they were performing at Go-Go Live to a full crowd. They put on an exceptional show, one that not only showcased their musical mastery, but also their professionalism. Later that evening, Strickland went to another go-go venue, Fast Eddies, to hear E.U. and Rare Essence celebrate Sugar Bear’s birthday. He saw a friend and the first thing that she said when she saw him was, “Oh my goodness, I just left Lucky Strikes and Junkyard was cranking so hard. They were amazing.”

Strickland shares that his commitment to Teach the Beat and seeing go-go and the history of the genre shared with young people in the classroom is best articulated by author Khaled Hosseini:

If culture is a house, then language was the key to the front door; to all the rooms inside. Without it you ended up wayward, without a proper home, or a legitimate identity.

Go-go is a language, and he hopes that Teach the Beat can be the catalyst that ushers this dialect to the next generation. 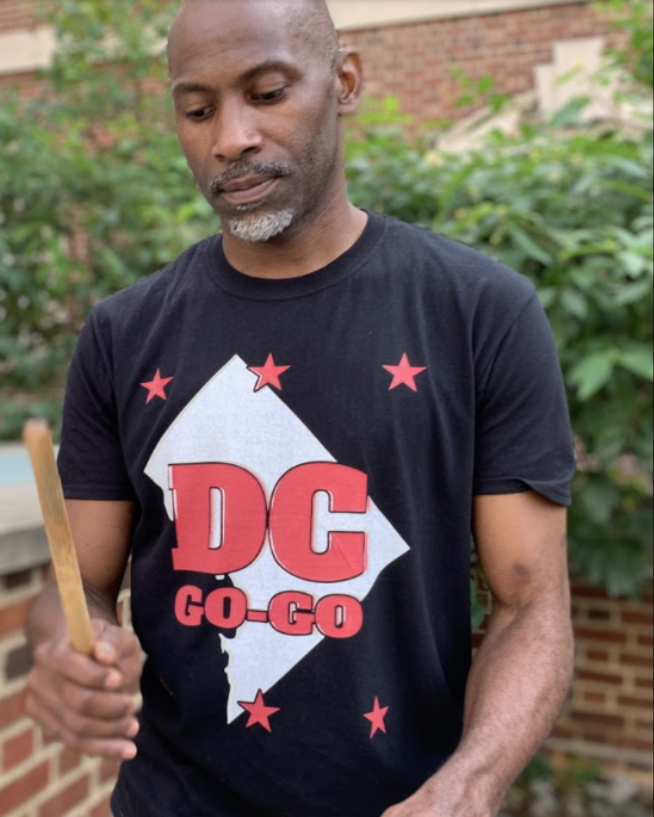 Matt Miller joins the Teach the Beat program as a multi-genre musician, performer, recording artist, songwriter, actor, arts educator, and youth mentor from Washington, D.C. Miller’s career has been dedicated to entertaining and educating through the arts.

Miller performs on stage as SwampGuinee with his band Crank LuKongo, described as “Afro Go-Go Roots Music.” Crank LuKongo and Miller’s music production were nominated for WAMMIE Awards for Best Go-Go Album and Best Go-Go Artist/Group in 2019.  Miller has served as music director for “Life Stories” with the Theatre Lab at New Beginnings, a National Endowment of Arts & Humanities funded program for youth rehabilitation through the Department of Youth and Rehabilitation Services in D.C.

In 2014, Matt was featured in WETA’s critically acclaimed documentary, “Washington D.C. in the 80’s,” which received an award by the National Academy of Television Arts & Sciences for Best Outstanding Historical Documentary by the National Chesapeake Bay Chapter. In 2017, Matt was selected to serve as a panelist on the “What is Native D.C.” platform for the 2017 Annual Smithsonian Folklife Festival. Today, Matt continues to create cultural arts enrichment initiatives and provides group workshops and masterclasses.

Matt’s most memorable go-go experiences include being a teenager in the 80’s and going to the Washington Coliseum for go-go competitions where there would be five to six of the city’s top go-go bands performing at their highest level. According to Matt, “I enjoyed being able to see the unique styles of each band and being able to hear what made them distinct.” These shows would cost no more than $6. There would be thousands of teens and young adults in attendance. Matt notes, “Many of our parents wouldn’t allow us to attend these shows. I was allowed to go to parties and because I lived nearby I was able to walk to and from the venue with my friends.” Go-go was very much for the younger generations, so telling parents they were going to parties and then heading to concerts was part of the mystique of this genre.

This work is made possible by funding from the DC Commission on the Arts and Humanities (DCCAH) and the D.C. Office of Cable TV, Film, Music and Entertainment (OCTFME).