While the climate crisis threatens the lives of millions of people around the world, it gets scant mention in textbooks. Even less attention is given to movements fighting for survival and a sustainable future, such as La Via Campesina. More than 30 DC area elementary and high school teachers spent a day of their own time learning how to teach this hidden history and current reality. They attended a workshop on Saturday, April 9, 2016, facilitated by Rethinking Schools curriculum editor Bill Bigelow and co-hosted by Teaching for Change and the Zinn Education Project with funding from the Lannan Foundation. In addition to the DC area educators, four attendees traveled from New Jersey, New York, and California.

The workshop allowed teachers to experience lessons from the Rethinking Schools book, A People’s Curriculum for the Earth: Teaching Climate Change and the Environmental Crisis.

Bigelow explained that in order for young people to understand the climate crisis, it is important to present the information in ways that “story” the crisis and show the ways that the people most affected are fighting back. 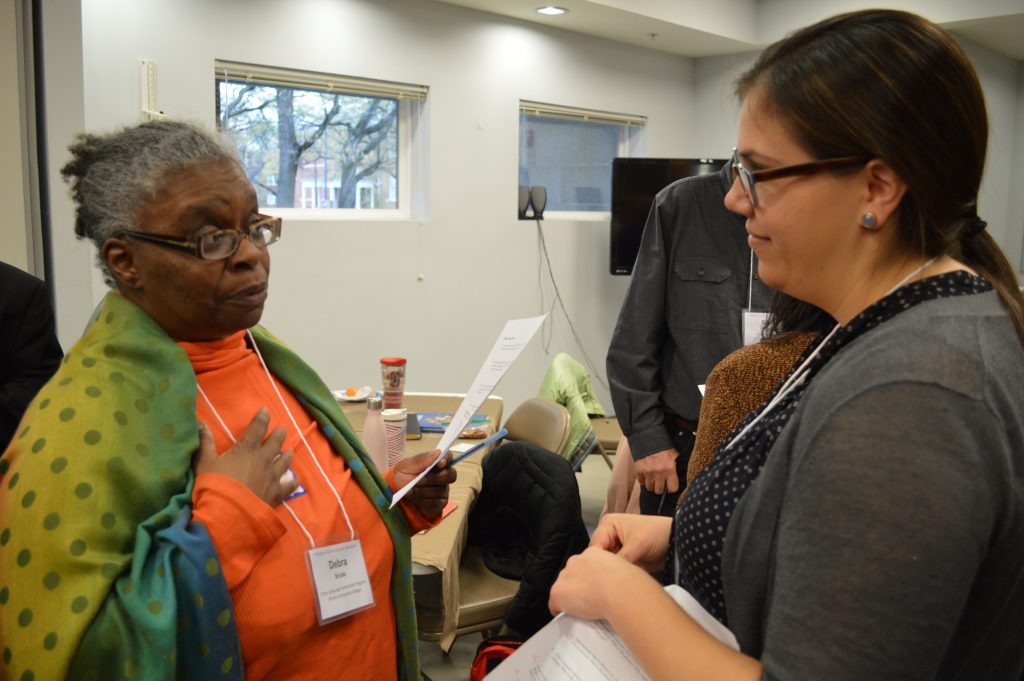 After the mixer, participants reflected on themes that stood out to them during the role play:

Poor people are the most impacted by climate change.

Land is literally disappearing. There are different ways that land vs. ocean nations are impacted.

Some people are looking for profit, while others are fighting for their right to exist.

To compare what they had learned from the lesson to the standard textbook narrative, Bigelow distributed the page on climate change from the widely used Modern World History. Participants were invited to comment in writing on the text, reflecting on what was said and just as importantly, on the silences. Their observations included,

Whose voice is this?

Climate change is written as something that will happen in the future, when it is actually happening now.

There are no people in the text.

Before stepping into another lesson, participants considered other ways they could use (or that they use already) the mixer format. Suggestions included creating mixers based on local environmental struggles such as the Chesapeake Bay watershed in D.C. or gentrification. One teacher proposed students research, design, and write their own “Mixer” activity, and then observe as another class did the activity.

After lunch, participants experienced a role play on La Via Campesina, the largest—yet little known—social movement in the world. They divided into six groups, taking on the roles of peasant organizations all over the world. The lesson included the use of interior monologues, group interviews, and creating powerful drawings that symbolized the food sovereignty struggles. 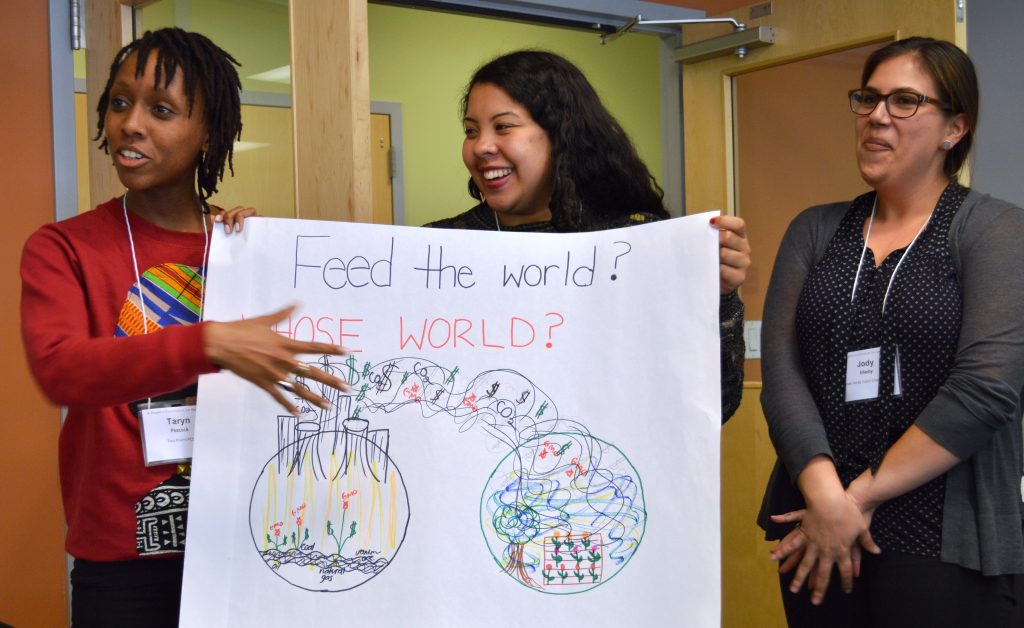 In closing, participants took some time to review the copy they received of A People’s Curriculum for the Earth: Teaching Climate Change and the Environmental Crisis and share stories about their teaching about climate change.

Here are just a few of the participants’ reflections from the day.

I appreciated the exposure to activities that introduced students to complex concepts and called for critical thinking.

I liked that I was able to meet other educators who are creative and believe in social justice. I also like that we came away with a curriculum we can use in our teaching. The day passed quickly because the workshop activities were interactive.

I appreciated the modeling, the discussion of different resources and the interactions with colleagues and other professionals.

The session emphasized the importance of teaching students about actions that are being taken, around the world, to confront the very real devastation brought on by climate change. People are not helpless victims.

I gained a lot of knowledge about the breadth and depth of climate change and unique stories that I had not been exposed to before.

I was inspired to be with so many educators who share my passion for social justice teaching. It was amazing to hear about the work they are doing. 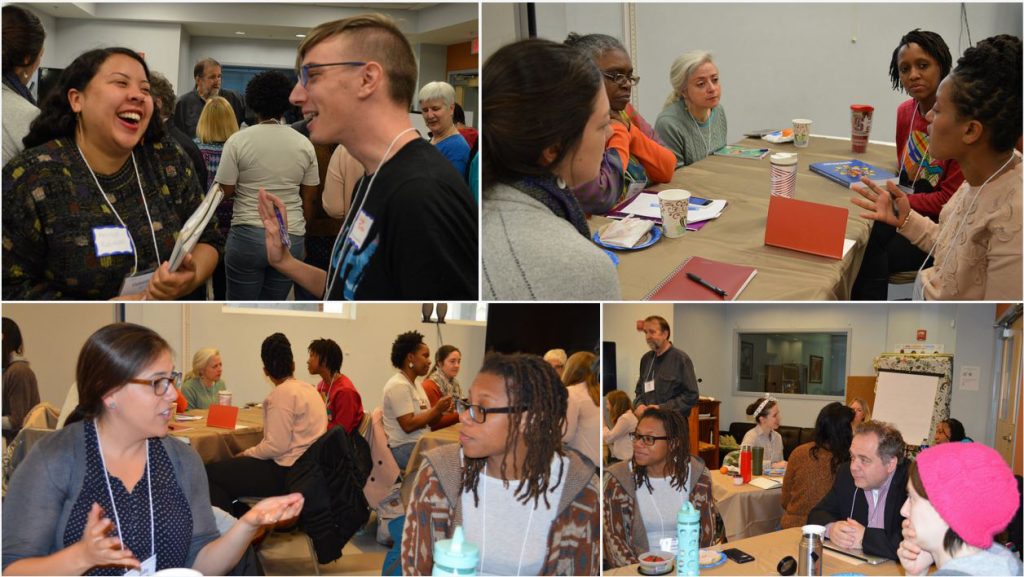 ← Schools Welcome Parents as Partners with Academic Classroom Visits
Why Are All the Kids Who Look Like Me Enslaved? →