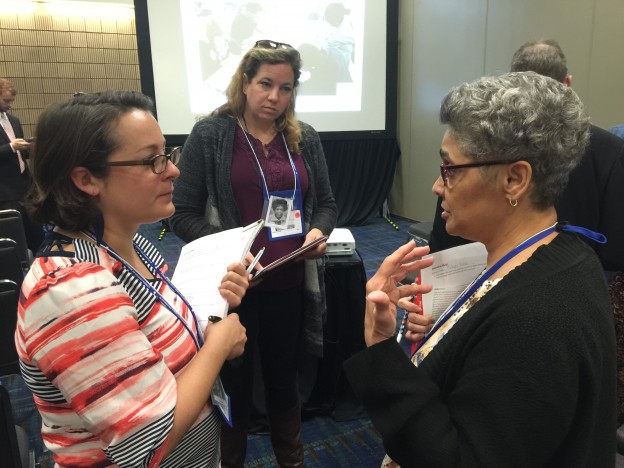 The rest of the workshop was devoted to a lesson that can be used to teach the historically accurate narrative of the Civil Rights Movement. Golding introduced the southern freedom movement lesson. He said,

I’m a middle school teacher. If you’ve taught middle school you know engagement is key. So, this lesson requires that everyone get up and move around.

Each participant was given the name and bio of someone who had played a role in the Mississippi southern freedom movement. The bios included civil rights activists such as Fannie Lou Hamer, Ella Baker, and Medgar Evers to opponents such as representatives of the Sovereignty Commission and the White Citizens Council.

The history was brought to life as participants donned name tags with images of their historical figure and met others involved in the freedom struggle and it quickly became clear that this lesson helps fill the gaps in the traditional textbook narrative of the movement by introducing individuals that aren’t usually mentioned in mainstream history textbooks. 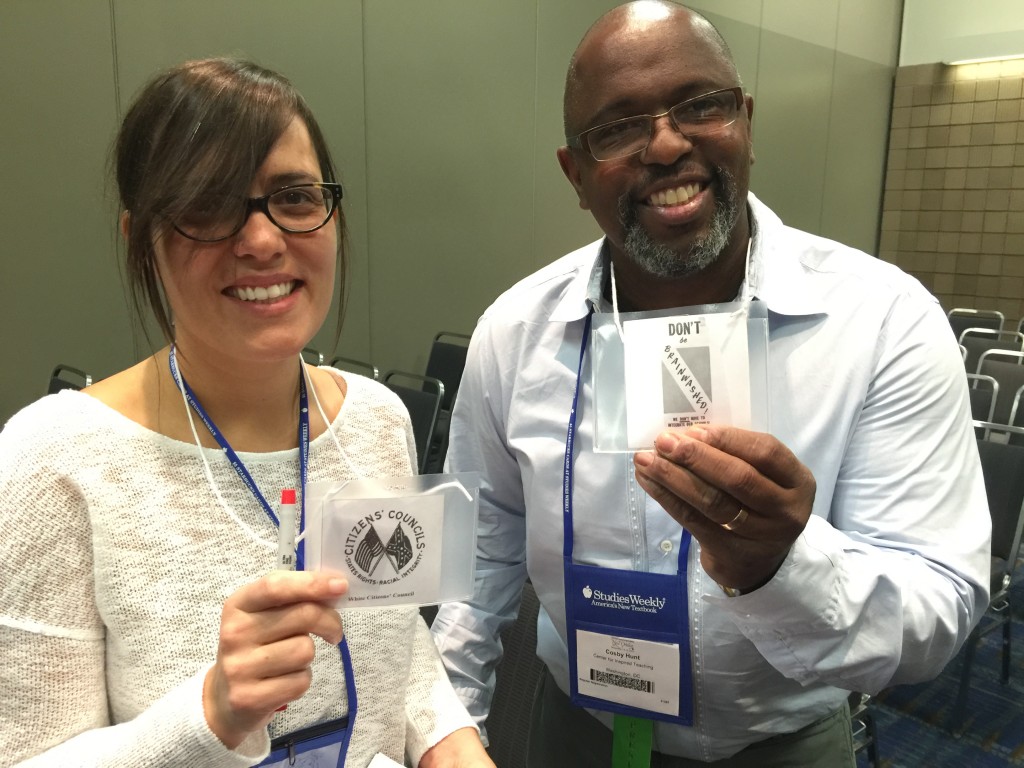 In their closing evaluations, participants noted that they looked forward to using the lesson themselves since “Interactive lessons tend to be more meaningful than merely a teacher lecturing on subject matter” and “role playing opens the door to help students learn about the unknown people that assisted the movement.”

Not only did NCSS workshop participants walk away with a new lesson they could use, but this was also the first time that Mississippi middle school teacher Golding had presented a professional development workshop. One of our goals for the Mississippi fellowship program is to support the teachers in their effort to introduce the grassroots history of the Civil Rights Movement to their peers. Even though this was Golding’s first time presenting at a conference, his careful preparation of the session with Hipkins and his experience having taught the lesson himself to middle school students made his facilitation a big success.

← Closed for Learning: The Impact of School Closures on Students and Communities
Teaching for Change in 2015 →