On October 15, 2015, Teaching for Change staff member Julian Hipkins III had the opportunity to ask Ta-Nehisi Coates about how to teach students the truth “about white supremacy” without discouraging them and to let them know they can do “something to fight back against white supremacy and have hope for the future.” Coates’ response provides a powerful history lesson. (The video clip is close captioned and is followed by a full transcript. The full talk is online at Atlantic Monthly. Hipkins’ question is at 44:28.)

Transcript of Response by Ta-Nehisi Coates 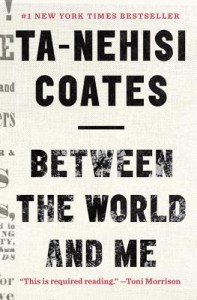 Well I don’t know how good my advice is. I can only tell you how I talk to my son and it is as follows.

Ida B. Wells, one of my great journalistic heroes, gave her life to fight against lynching;, to end what is effectively the longest campaign of domestic terrorism in this country’s history. She gave her life, didn’t die, but dedicated her life, to that fight and specifically wanted to see the passing of the anti-lynching bill. The Senate did not do that. And they didn’t apologize until 2004 I think it was. Ida B. Wells had been dead for 70 years. Never saw any of it.

You know, the norm is to argue for things and then to die. David Walker is the norm, Nat Turner’s the norm. This is the norm. The norm is to make an argument and to not see the results of it happen in your lifetime. And then there is something beautiful about this.

There is a gentleman, and I am sorry for forgetting his name, but he basically was the last congressman out of the south to be voted out after Reconstruction. So this would have been 1890’s or so, and he said, and you know like I am not one to feel this, right, but it gets me. And he said “Listen, you may have gotten me today but we will be back.” (laughter) That was the essence of it. He said it much more eloquently than that. He said, “We’ll be back. We will be back.” [Read speech here.] And one hundred years later he’s right. He was just correct. But he was looking beyond his lifetime.

If the struggle is our struggle only for that particular time of our lifetime, well, you see, your vision is impoverished already. My commitment is rooted in the commitment of many more people who came before me who got to see the realization of nothing. So what right do I have to demand in my lifetime that I will only struggle on behalf of the things that I see right now? That’s all I have.

Hipkins asked the question at a talk by Coates about his book, Between the World and Me, hosted by Politics and Prose in Washington, D.C. at the 6th and I synagogue