In support of the Movement for Black Lives, we share this collection of teaching ideas and resources. The Movement for Black Lives challenges the ongoing murders of African Americans by the police and the long history of institutionalized racism. This resource collection was originally published in August of 2014, after the murder of Michael Brown in Ferguson, Missouri. See additional resources compiled for the Black Lives Matter at School Week of Action. Updated February 2018.

As the new school year begins, first and foremost on our minds and in our hearts will be the killing of Michael Brown in Ferguson, Missouri. Teachers may be faced with students’ anger, frustration, sadness, confusion, and questions.  Some students will wonder how this could happen in the United States. For others, unfortunately, police brutality and intimidation are all too familiar.

Here are a few ideas and resources for the classroom to help middle and high school students think critically about the events in Ferguson, New York, Cleveland, North Charleston, Baltimore, Hempstead, Minneapolis, Baton Rouge, Tulsa, Baton Rouge, Charlotte, and across the U.S. and ways they can be proactive in their own communities. For elementary students, see Teaching About Trayvon Martin with Young Children. 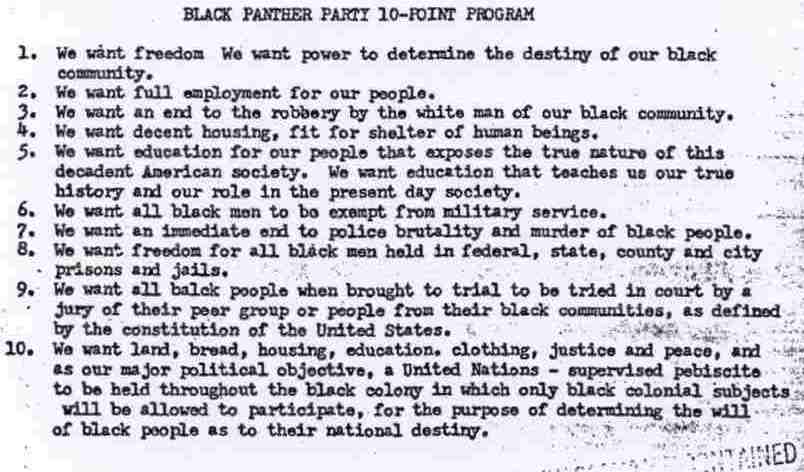 The Black Panther Party’s 1966 platform, known as the ten-point program, included the demand:  “#7. We want an immediate end to police brutality and murder of Black people, other people of color, and all oppressed people inside the United States.” The issue of police brutality in communities of color has a long history and the Panther platform gives an example of how to turn grievances into a clear set of goals for meaningful change.  The lesson “‘What We Want, What We Believe’: Teaching with the Black Panthers’ Ten Point Program” by Rethinking Schools editor Wayne Au introduces students to this history and invites them to create their own list of demands. You may also want to have students review and compare the demands of the 1963 March on Washington, the Young Lords Party, and the Movement for Black Lives.

Here is a 2001 article by the Black Radical Congress about the history of police brutality and popular resistance in the U.S.

An exploration of  U. S. history can help students understand how racism, while not natural, has always played a key role in this country (predating 1776) and how it became embedded in all of our institutions, including the criminal justice system. “The Color Line” is a lesson by Rethinking Schools editor Bill Bigelow (available from the Zinn Education Project) on the origins of racism in the United States and who benefits. Students hopefully will see that if racism is learned and reinforced by laws, it can also be unlearned and dismantled. (Below are images of three people who dedicated their lives to exposing and challenging institutional racism: Medgar Evers, Ella Baker, and Ida B. Wells. )

Upon his return from Mecca in 1964, El-Hajj Malik El-Shabazz (Malcolm X) stated that he wanted to bring charges against the United States for its treatment of African-Americans. He believed that it was “impossible for the United States government to solve the race problem” and the only way to get the United States to change its racist ways was to bring international pressure. He made the clear distinction between civil rights and human rights.

In an earlier example, on October 23, 1947, the NAACP sent to the U.N. a document titled “An Appeal to the World,” in which the NAACP asked the U.N. to redress human rights violations the United States committed against its African-American citizens. W.E.B. Du Bois, who drafted the NAACP petition with other leading lawyers and scholars, intended to focus attention on the U.S.’s systematic denial of human rights to its African American citizens. They presented in the petition facts about lynching, segregation, and the gross inequalities in education, housing, health care, and voting rights. DuBois stated,

It is not Russia that threatens the United States so much as Mississippi…[I]nternal injustice done to one’s brothers is far more dangerous than the aggression of strangers from abroad. [Read more at the University of Chicago Library News.]

Indeed, the U.S. government is quick to condemn human rights violations in other countries, but seldom expects to be accountable to the world for actions within its own borders. A lesson by the Stanford University Liberation Curriculum Project engages students in a discussion about the human rights violations perpetrated against African Americans during the 1950s and 1960s — and can serve as a springboard for looking at human rights today.

On November 11, 2014, Michael Brown’s parents testified at a United Nations Committee Against Torture session in Geneva, Switzerland about the killing of their son. Brown’s father stated, “I would like to see the United States make a commitment to address racial discrimination in a comprehensive and coordinated manner.”

Another lesson that highlights this American exceptionalism is “Whose Terrorism?” by Bill Bigelow of Rethinking Schools. (Posted on the Zinn Education Project website).

Militarization of the Police 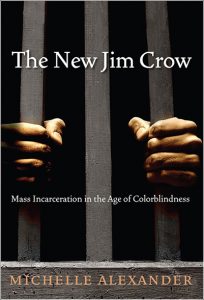 In The New Jim Crow: Mass Incarceration in the Age of Colorblindness, Michelle Alexander describes the militarization of the police, foreshadowing the heavy weaponry used by police in Ferguson. In the section titled “Waging War” in Chapter 2, Alexander states,

The transformation from “community policing” to “military policing,” began in 1981, when President Reagan persuaded Congress to pass the Military Cooperation with Law Enforcement Act, which encouraged the military to give local, state, and federal police access to military bases, intelligence, research, weaponry, and other equipment for drug interdiction.

That legislation carved a huge exception to the Posse Comitatus Act, the Civil War-era law prohibiting the use of military force for policing.

Students and teachers can read this chapter to explore how many police departments “seek and destroy” in some neighborhoods while they “protect and serve” in others.

Students can consider the meaning of “protect and serve,” and the history and purpose of policing, as described in this WHUT video interview with Tim Jenkins.

One of the toughest challenges for teachers and counselors is to create a safe space for students in an unsafe world.

New York teaching-artist Renée Watson uses poetry to help her students deal with the very real fear for their own safety and to play a role in exposing the violence.

In The Murder of Sean Bell: From Pain to Poetry (Rethinking Schools) she describes this process,

“I’m afraid that one day I’ll be shot by the cops for no reason,” a 7th-grade student blurted out in our class discussion. My teaching partner and I had asked students to call out their hopes and fears. “What do you hope for your community? What is it about your community that makes you afraid?” we asked.

I wrote their answers on chart paper and by the end of the discussion, our class list included better schools, more parks, peace, and safer neighborhoods. Our list also included violence, drugs, bullying, and police brutality. (Continue reading article and lesson.) 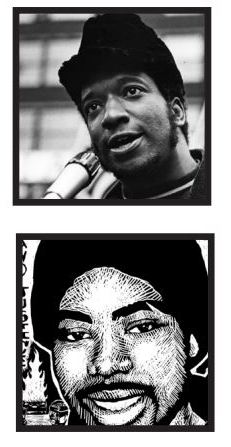 There is a history in our country of white men killing unarmed black boys and men with little to no consequence. I taught the murders of Sean Bell and Amadou Diallo, using Willie Perdomo’s “Forty-One Bullets off Broadway” as the model poem (‘From Pain to Poetry,’ fall 2008).

But then there was Trayvon Martin, then Jordan Davis, then Michael Brown, and the list keeps growing. (Continue reading article and lesson.)

African-Americans have often been the victims of housing discrimination in Ferguson and countless other towns and cities across the country. The discrimination has occurred through laws and sometimes violence.

This violence has a long history. For example in 1921, a mob of deputized whites looted and burned to the ground a black neighborhood in Tulsa, Oklahoma. This included the destruction of 40 square blocks of 1,265 African American homes, including hospitals, schools, and churches, and 150 businesses. By the time the terror ended, 300 African-Americans had been killed. Here is an article and lesson for high school classrooms called “Burning Tulsa: The Legacy of Black Dispossession.”

In “The Making of Ferguson,” Sherrilyn Ifill and Richard Rothstein show that government actions — such as racially explicit zoning, public housing segregation, and federal requirements for white-only suburbs systematically segregated African Americans — and set the stage for the conditions in Ferguson.

In The Case for Reparations, Ta-Nehisi Coates addresses laws such as restrictive covenants in the section titled Making the Second Ghetto. The tactics used to bar African-American from communities are outlined highlighting housing discrimination in Chicago during and following World War II.

As educators, a key place to begin is with our own knowledge of what is happening today. We need to understand that this violence is not new and that is it systemic. More important than the readings we share with students is the reading we do ourselves to prepare. Here are a few recommendations:

A Talk to Teachers

For news with a historic context, we recommend listening to the Democracy Now! daily broadcast and referencing their archives. 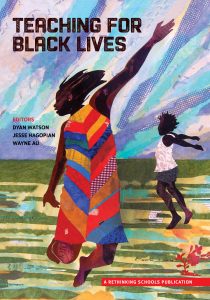 ← Teaching for Change Board Member Wins 2014 Lillian Smith Book Award
‘Is This America?’: 50 Years Ago Sharecroppers Challenged Mississippi Apartheid, LBJ, and the Nation →