Welcome to Our New Teaching for Change Board Members

This spring the Teaching for Change board of directors elected three new board members: Sylvia Sanchez, Tim Jenkins, and M.J. (Mike) O’Brien. All three have been friends of the organization for many years. They have played an active role in our author events at Busboys and Poets and work with students and teachers related to our publication Putting the Movement Back Into Civil Rights Teaching. Their background as educators and activists will be an asset to the organization as we embark on a strategic planning process next year. 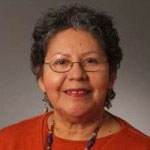 Board member since 2014
Sylvia Y. Sanchez, PhD has had a long career in early childhood and bilingual education. She served as Associate Professor in the Graduate School of Education at George Mason University. There she co-founded UTEEM, a teacher education graduate level program that blended the fields of early childhood education, early childhood special education, bilingual/second language education, and multicultural education. This nationally recognized program prepared teacher candidates to work with culturally, linguistically and ability diverse young children and their families. Sánchez is known for her research interests in early bilingualism, diverse families, family stories, and professional development of teachers who work with culturally and linguistically diverse young children and their families. This commitment grew out of her personal experiences. As she explains, “I grew up in San Antonio, Texas with racially segregated schools, neighborhoods, religious institutions, and even segregated shopping areas. Language oppression was prevalent; it was against the law to speak a language other than English in a public building and children were routinely punished for speaking Spanish. Overnight, houses in my neighborhood would be boarded for long periods of time as migrant families followed the migrant stream up North. Migrant children dropped out of school at very young ages and no teacher ever spoke about them or questioned why they were not in school. In spite of these powerful local and state political forces, I grew up surrounded by a stable and loving extended family. We spoke Spanish at home. My grandparents lived across the street, and all of my eleven aunts and uncles and my large number of cousins lived no more than five miles away. This has shaped by belief in the powerful role of families, and the importance of supporting them.” 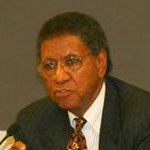 Board member since 2014
Chair of Unlimited Visions, Inc
Tim Jenkins was student body president at Howard University when the sit-in movement erupted in 1960. That same year he was elected National Affairs VP of the National Student Association before entering Yale Law School. During this period he was Student Nonviolent Coordinating Committee lobbyist on the Voting Rights Act of 1965 and a member of the executive committee of the Students For Democratic Society. Among other duties he has taught at Howard University Law School, the Johns Hopkins School for Advanced Studies and the David A. Clarke School of Law. He co-founded the National Conference of Black Lawyers, was appointed governor of the United States Postal Service, president of The University of the District of Columbia and is now chair of Unlimited Visions, Inc. He is coauthor of Blacks in the Information Age. 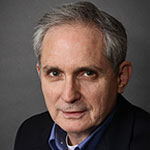 Board member since 2014
M. J. (Mike) O’Brien is an independent writer who lives and works in Vienna, Virginia. His interest in the civil rights era was sparked as a Catholic seminarian during the late 1960s and further deepened as he studied the non-violent philosophies of Mohandas Gandhi, Martin Luther King, Jr., and Dorothy Day. He excelled at English and History during his undergraduate pastoral studies at St. Mary’s Seminary & University in Catonsville, Maryland. He graduated in 1973 and went on to earn a second bachelor’s degree in Communication from The American University in Washington, DC, in 1984. A practicing corporate communications executive for more than 30 years, O’Brien recently retired from the National Rural Utilities Cooperative Finance Corporation (CFC), a not-for-profit finance cooperative that provides private market capital to America’s electric cooperative network. Besides his work for CFC, O’Brien served as an incorporating director of the DC Foster and Adoptive Parent Advocacy Center (2000-2005). He currently serves as an emeritus director of FAPAC and is called upon to help facilitate strategic planning and other organizational development efforts for this not-for-profit social welfare organization. O’Brien lives with his wife and three (now) adult children in Vienna, Virginia. O’Brien is the author of We Shall Not Be Moved: The Jackson Woolworth’s Sit-in and the Movement It Inspired. Learn more at www.notbemoved.com.

← Fulfilling the Promise of Brown v. Board: Organizing for Educational Justice for All
Update: Victory in Sight for Orr Elementary →