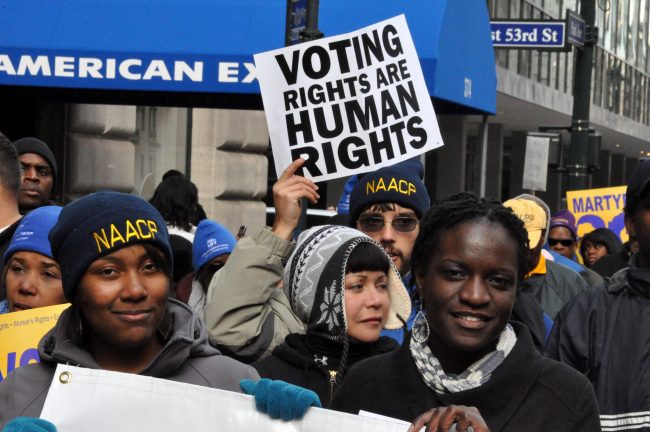 Who Gets to Vote? Teaching About the Struggle for Voting Rights in the United States

2020 is both an election year and the 150th anniversary of the passage of the 15th Amendment, making it an important time to invite our students to consider the history of voting rights in the United States. The struggle for the ballot is emblematic of the struggle to make real the democratic promises of this country’s founding narrative. Just as the United States has never been a true “government by the people, for the people,” the right to vote has always been incomplete, contested, and compromised by the racism, sexism, classism, and xenophobia of policymakers and the interests they act to protect.

In a moment of renewed and insidious voter suppression, examining the history of voting rights also presents an opportunity to challenge the deeply entrenched fable of the steady forward progress of U.S. history. Voting rights have expanded in the last 400 years, but they have also been taken away, requiring activists to rise up, again and again, to restore the achievements of prior generations. The fight for the ballot is ongoing.