NFL quarterback Colin Kaepernick’s refusal to stand for the “Star-Spangled Banner” has provoked a national conversation about athletes, protest, and patriotism. We share resources below for learning more about the history of protest in sports, the Star-Spangled Banner, and the Movement for Black Lives.

Kaepernick explained why he will not stand for the anthem,

I am not going to stand up to show pride in a flag for a country that oppresses Black people and people of color… There are bodies in the street and people getting paid leave and getting away with murder.

There are a lot of things that are going on that are unjust [that] people aren’t being held accountable for. And that’s something that needs to change. That’s something this country stands for—freedom, liberty, justice for all. And it’s not happening for all right now.

Kaepernick is the latest in a long line of athletes speaking out against injustice.

Why should they ask me to put on a uniform and go 10,000 miles from home and drop bombs and bullets on Brown people in Vietnam while so-called Negro people in Louisville are treated like dogs?

Jackie Robinson wrote in his 1972 biography,

I cannot stand and sing the anthem. I cannot salute the flag. I know that I am a Black man in a white world.

In 1968, John Carlos and Tommie Smith famously raised their fists in a Black Power salute, with Peter Norman in solidarity, on the Olympic medal stand. Smith and Carlos’ famous gesture of resistance was part of an effort organized by amateur Black athletes who formed the Olympic Project for Human Rights. Carlos said,

In 1969, white St. Louis Cardinals linebacker Dave Meggyesy, in solidarity with Olympic sprinters Tommie Smith and John Carlos, refused an NFL mandate to salute the flag during the National Anthem. Though his protest continued for two months, it attracted only brief media attention. “Black athletes have 100 times as much to lose as I have,” he said. In 1970, after his retirement from football, he wrote Out of Their League, which denounced professional football for creating “the most repressive regime in our history…ruled by [Richard Nixon,] a football freak.”

In 1996, NBA player Mahmoud Abdul-Rauf was suspended for his refusal to stand for the Star-Spangled Banner,

[The flag] is also a symbol of oppression, of tyranny… You can’t be for God and for oppression. It’s clear in the Quran, Islam is the only way. I don’t criticize those who stand, so don’t criticize me for sitting.

In 2003, at the start of the Iraq war, Division III basketball player Toni Smith turned her back on the U.S. flag.

A lot of people blindly stand up and salute the flag, but I feel that blindly facing the flag hurts more people. There are a lot of inequities in this country, and these are issues that needed to be acknowledged. The rich are getting richer and the poor are getting poorer, and our priorities are elsewhere.

More recently, many college and professional athletes have used their platform to show solidarity with the Movement for Black Lives. NFL player Jared Cook explained why he walked onto the field with his hands up to show support for Michael Brown,

There has to be a change that starts with the people that are most influential around the world.

Kareem Abdul Jabbar, the NBA’s all-time leading scorer, wrote a piece for the Washington Post critical of those who are lambasting Kaepernick’s protest on social media, Insulting Colin Kaepernick says more about our patriotism than his.

What should horrify Americans is not Kaepernick’s choice to remain seated during the national anthem, but that nearly 50 years after Ali was banned from boxing for his stance and Tommie Smith and John Carlos’s raised fists caused public ostracization and numerous death threats, we still need to call attention to the same racial inequities. Failure to fix this problem is what’s really un-American here.

Athletes are not the only people who have protested the Star-Spangled Banner. Sylvia Woods, a pioneer in the struggle of African American and women trade unionists, describes why she decided not to sing the “Star-Spangled Banner” at school in 1919 when she was 10 years old. She told her principal,

For more on the Star-Spangled Banner, read Colin Kaepernick Is Righter Than You Know: The National Anthem Is a Celebration of Slavery. 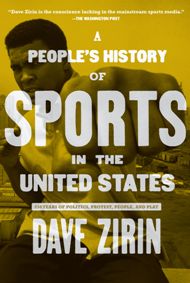 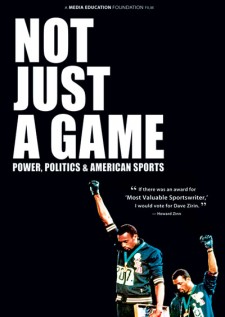 Books, films, and articles for teaching about sports and protest.

See also: Take heart, Colin Kaepernick. They hated us in the 1960s too

← Teaching about Elections
Back to School with New Social Justice Books →