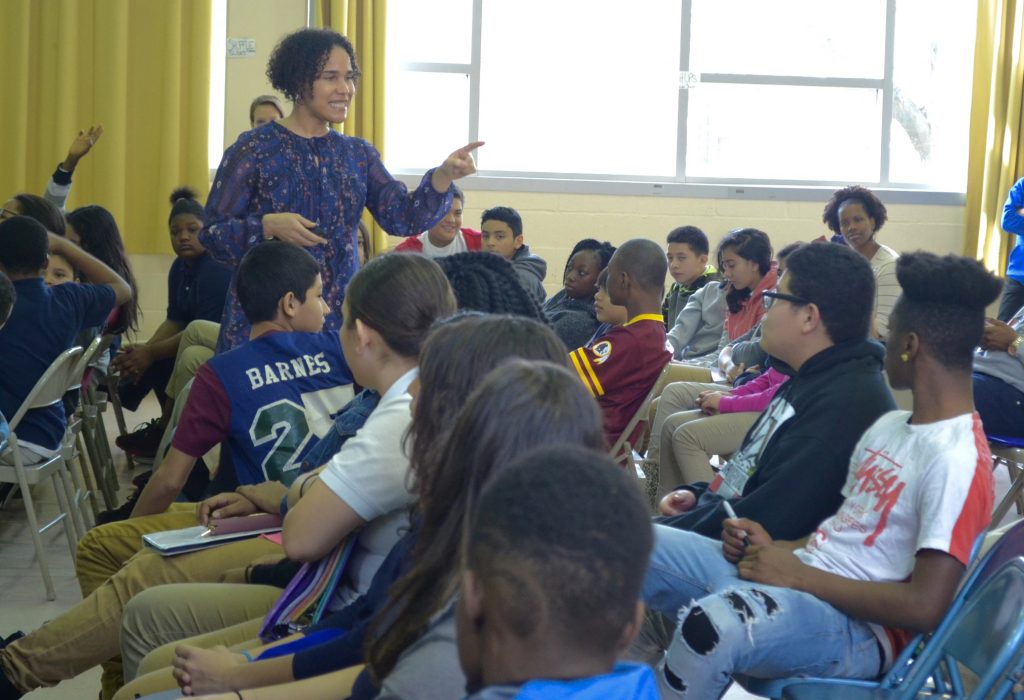 “Publishing has a problem,” the author explained to the assembly of middle schoolers. “Seventy-three percent of children’s books published each year featured white kids. Is that fair?”

“No!” they thundered in response.

Elliott encouraged students to take a critical look at the books and other media they consume.

During the assembly, Elliott told the thrilling story of suddenly super-powered Nyla in The Deep, but stopped short of the novel’s big reveal. With students on the edges of their seats, Elliott told them that if they wanted to find out what happens next, they would have to visit the school library. 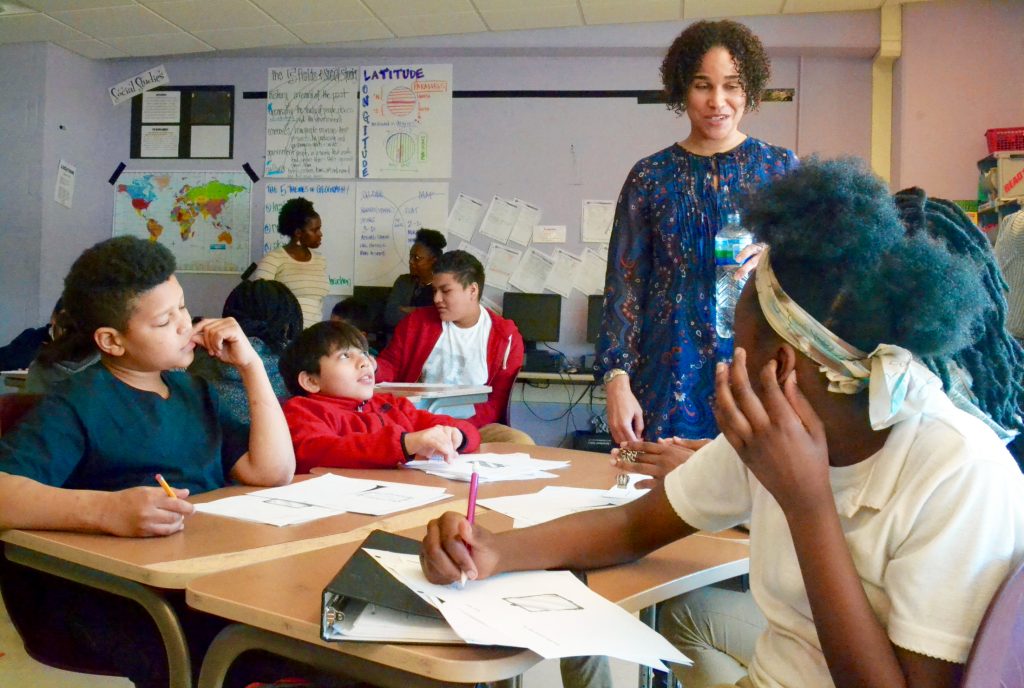 After the middle school assembly, students returned to their classrooms where Elliott hosted writing workshops for a sixth grade and an eighth grade class. Students explored the word “ghetto” and all its connotations and impact on their lives. They read from Elliott’s novel, A Wish After Midnight, and a poem from You Don’t Even Know Me: Stories and Poems about Boys by Sharon Flake.

As they thought and began to write, Elliott walked between their desks, encouraging them, “I want you to think of all the ways people read you wrong. How are you perceived compared to who you are?” Students wrote their own letters and poems to someone in their life who doesn’t understand them.

Elliott emphasized that the world needed their stories, and that they had the power to stem the tide of whitewashed books for young people.

“I want you to remember something,” she told the students, “Everyone has a story to tell. And if you put our stories together in a book…we can change this!”

← Teaching for Change and the Smithsonian
Filmfest D.C. 2017 in D.C. Classrooms →