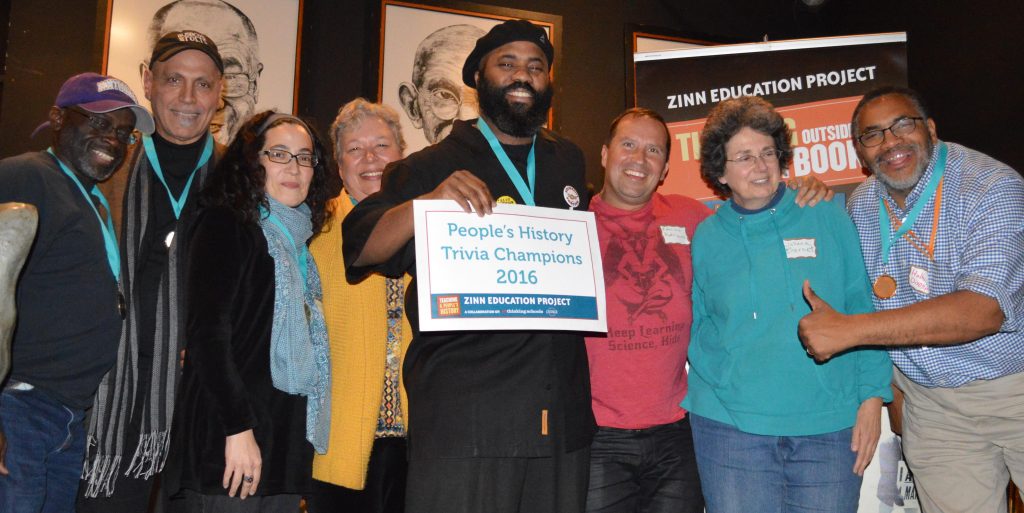 On December 2, the Zinn Education Project hosted a packed house for our first-ever People’s History Trivia Night fundraiser. Everyone enjoyed themselves, while learning non-trivial people’s history. The event was co-sponsored by and held at Busboys and Poets (14&V) during the National Council for the Social Studies (NCSS) conference. 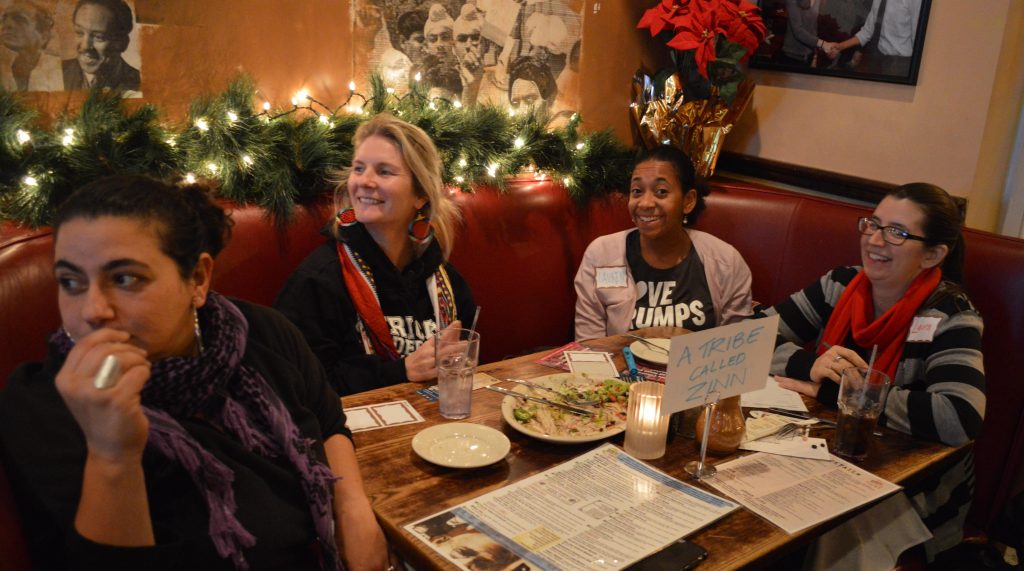 Classroom teachers and other friends of the Zinn Education Project formed teams, created team names, and responded to questions. Team names included Tribe Called Zinn, Zinnstorians, Zinnias, Trailblazers, One of Us is Not a Teacher, the Know-Nothings, and more.

There were three rounds of ten questions and a final betting round of five questions with themes including Sports, Culture, Education, and Resistance.

Test your knowledge with a few of the questions below.

Answers are at the bottom of the page.

Prizes for winners of the rounds included an appetizer from Busboys and Poets, a deluxe edition of A People’s History of the United States, Howard Zinn Speaks, Hands on the Freedom Plow, Not Just a Game, and medals for the winning team. 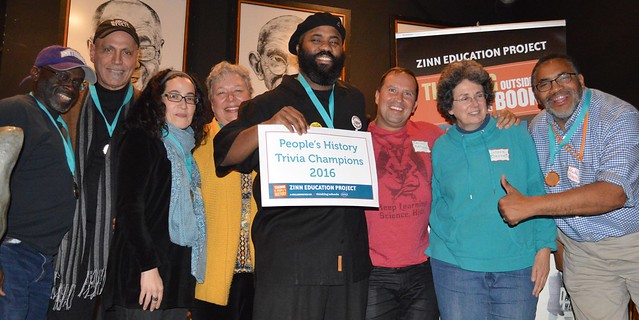 ← How Discrimination Shapes Parent-Teacher Communication
Teaching for Change in 2016 →