Teaching for Change in 2014

This has been a year of mourning, resistance, and hope.

We mourned for the lives of so many people of color killed by the police with impunity. And we were inspired by the resistance that started in #Ferguson and has become a national #BlackLivesMatter movement.

One teacher’s tweet summarizes best how we feel about the year and about our work:

Preparing lessons on the Civil Rights Movement has never felt so relevant or painful. http://t.co/tKODb2MI6l @ZinnEdProject

In 2014, we also faced an attack by Rush Limbaugh and were inspired by the testimonials affirming the value of our promotion of children’s books by and about people of color. We helped expose the Koch Brothers sneaking into schools and saw teachers publicly resist their ideology. We supported parents at Orr Elementary in D.C. in their fight for a new school building and leadership. These stories (check out our highlights below) give us hope as we get ready for 2015. 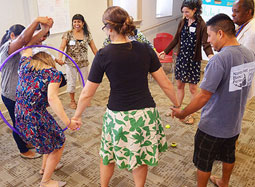 Teaching for Change was selected as one of 30 organizations from 1,100 applicants to receive a Kellogg Foundation grant for its family engagement initiative. Eight public schools were selected for our new Family Partner Series. 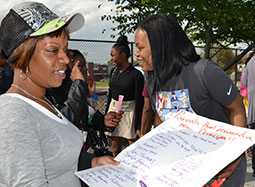 Orr Elementary School parents in southeast D.C. took on the dual challenge of getting their school modernized and a new principal. Against the odds, their organizing was successful. 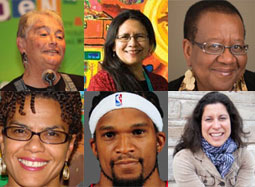 We proudly feature children’s books by and about people of color in our bookstore and webstore. In June, Rush Limbaugh called our bookstore racist. We were overwhelmed by voices of support. 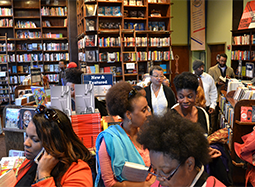 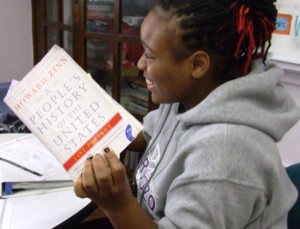 Our Zinn Education Project (with Rethinking Schools) continues to get new registrations every day. To date, 44,500 teachers from all over the U.S. have signed up. This year we added new lessons on labor history and convened teachers to develop lessons on climate change. 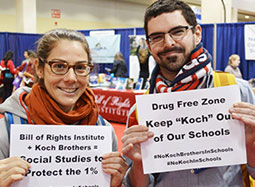 Taking on the Koch Brothers

Our Zinn Education Project (with Rethinking Schools) helped to expose the Koch Brothers who are sneaking into schools through their front group, the Bill of Rights Institute, and launched a protest to demand #NoKochInSchools. 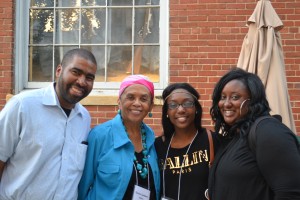 We selected 16 Mississippi teachers for fellowships to support their efforts to teach about the Civil Rights Movement. We hosted students and teachers from McComb, Mississippi for a full week of activities in D.C. in June 2014 including a presentation at the African American Civil War Museum, a trip to Medgar Evers’ gravesite, and classroom visits. In partnership with the SNCC Legacy Project, we co-hosted virtual visits by SNCC veterans to high school classrooms. 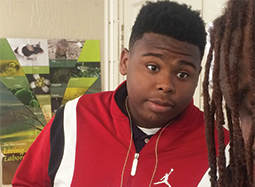 “I’d only heard of Medgar Evers. I did not know the names and stories of so many other Civil Rights Movement activists in Mississippi,” said one of the dozens of teachers in workshops we offered in Starkville, Mississippi. We also launched an online Mississippi Historypin map and e-newsletter. Check out the October and November issues for lots more news and resources on Mississippi history. 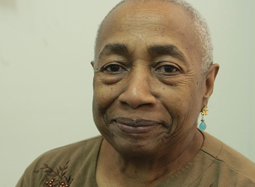 Black History 360 at the Schomburg

We had the honor of engaging 40 educators at the Schomburg Center for Research in Black Culture in a full day of hands-on lessons on Freedom Summer and the Mississippi Freedom Democratic Party. Featured guests were Freedom Movement veterans Muriel Tillinghast (in photo) and Mark Levy. 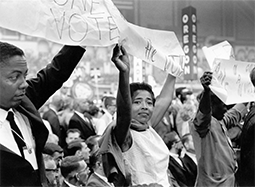 2014 marked the 50th anniversary of one of the most important yet unrecognized struggles for real democracy in U.S. history, the Mississippi Freedom Democratic Party. We shined a light on this history with a classroom role play and widely circulated article. 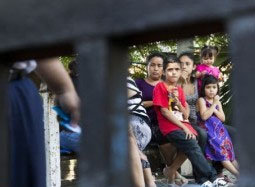 Putting Central America
on the Map in Schools

With the wave of Central American children coming to the U.S., we expanded our online resources for teaching about Central America in schools. We offered workshops in schools and partnered with the Harvest of Empire filmmakers on a community showing. 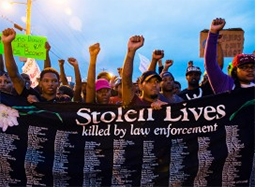 Our article, Teaching About Ferguson, provides teachers with key lessons to place the #WeCantBreathe and #BlackLivesMatter movements in historic context. The resource has received appreciative reviews and attacks. 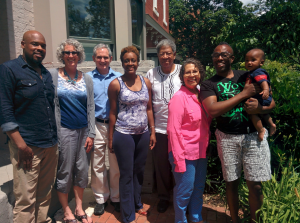 They are filling shoes of members who completed their board service in 2014 (and who will continue as allies) including Carrie Ellis and Don Murray. 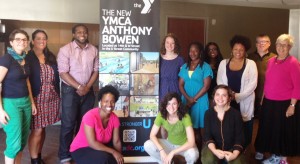 Julian Hipkins III, Lena Amick, and Pat Corekin joined our staff in 2014. Here are some of our staff and summer interns at a workshop with the Center for Story-Based Strategy at the Anthony Bowen YMCA. (We partnered with both organizations in 2014.) 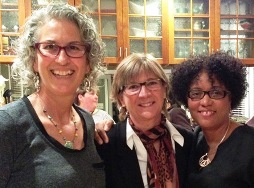 Our work in 2014 was made possible by hundreds of individual donors. We will acknowledge those contributions in a January 2015 post. In the meantime, read about Kate Tindle’s annual house party (we can help you host one too) and read selected donor profiles.

The Morris and Gwendolyn Cafritz Foundation continued to offer vital support for our Tellin’ Stories Project and the Panta Rhea Foundation provided a first time grant to Teaching for Change for our Put Central America on the Map campaign. (Full list of foundations.) We also were awarded a second year of capacity building support from FairChance. 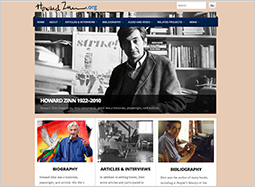 The Howard Zinn Trust invited us to revamp the HowardZinn.org website. It provides online access to Zinn’s articles, interviews, bibliography, and more. 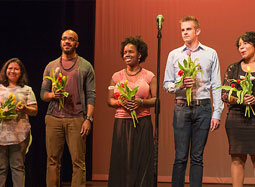 Teachers took to the stage in a special Speakeasy performance of moving stories from the classroom, co-hosted by Teaching for Change. 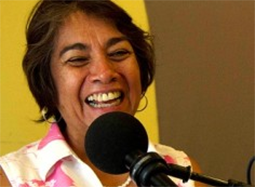 América Libertad Calderón, Teaching for Change senior parent organizer and lifelong champion of justice, passed away on April 17, 2014 in Guatemala after a year long battle with cancer. Read about and see images of her powerful life. 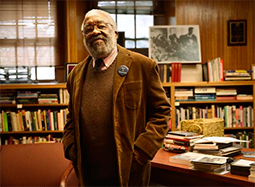 Please contribute to
expand this work in 2015:
the 25th anniversary of
Teaching for Change.